Get game meat delivered to your door. Choose from a delicious range of game meat products including pies, pasties, sausages, ready meals and more.

Wild and Game is a small, Bristol-based independent business with its roots in the British countryside.

Our story began in 2017 when Steven Frampton and Michael Cannon, both game enthusiasts, decided to do something about the fact that more game is produced in the UK than is consumed here – despite the fact that it is a healthy, delicious source of meat.

Steven and Michael felt the problem was that many people were not confident cooking with game, so they came up with a range of ready meals based around familiar British favourites but using game as a key ingredient. Over the months that followed, they added hot and cold pies, sausages and burgers, and ready to cook meat, all sourced from the best British game dealers. Their aim was to introduce people to game by using it in dishes they already loved – and then encourage them to try cooking with game too.

The approach worked, with many people excited to discover the pleasures of eating game. We’re proud to be a growing company – and as our customer base grows, so does our range. We’re constantly developing new products, so keep checking our website for delicious new creations.

Our aim at Wild and Game is to introduce more consumers to all types of game meat. A delicious, low-fat alternative source of protein.

The harvesting of game from the British countryside goes back many centuries. It was once seen as a luxury food and priced as such but game meat is now more readily available. 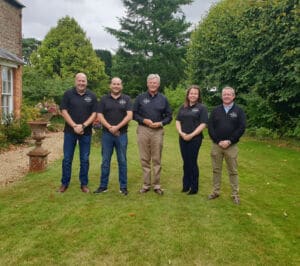 What is game meat?

‘Game’ usually describes meat from animals and birds such as grouse, pheasant, partridge and hare. The meat is low in fat, high in protein and tastes great! Game has for many years been seen as a seasonal meat.  An aim of Wild and Game is to dispel this myth by producing delicious and healthy products which can be enjoyed all year round.

Please note that individual products may have their own delivery costs set by the seller - check the delivery tab on the product page for more information.